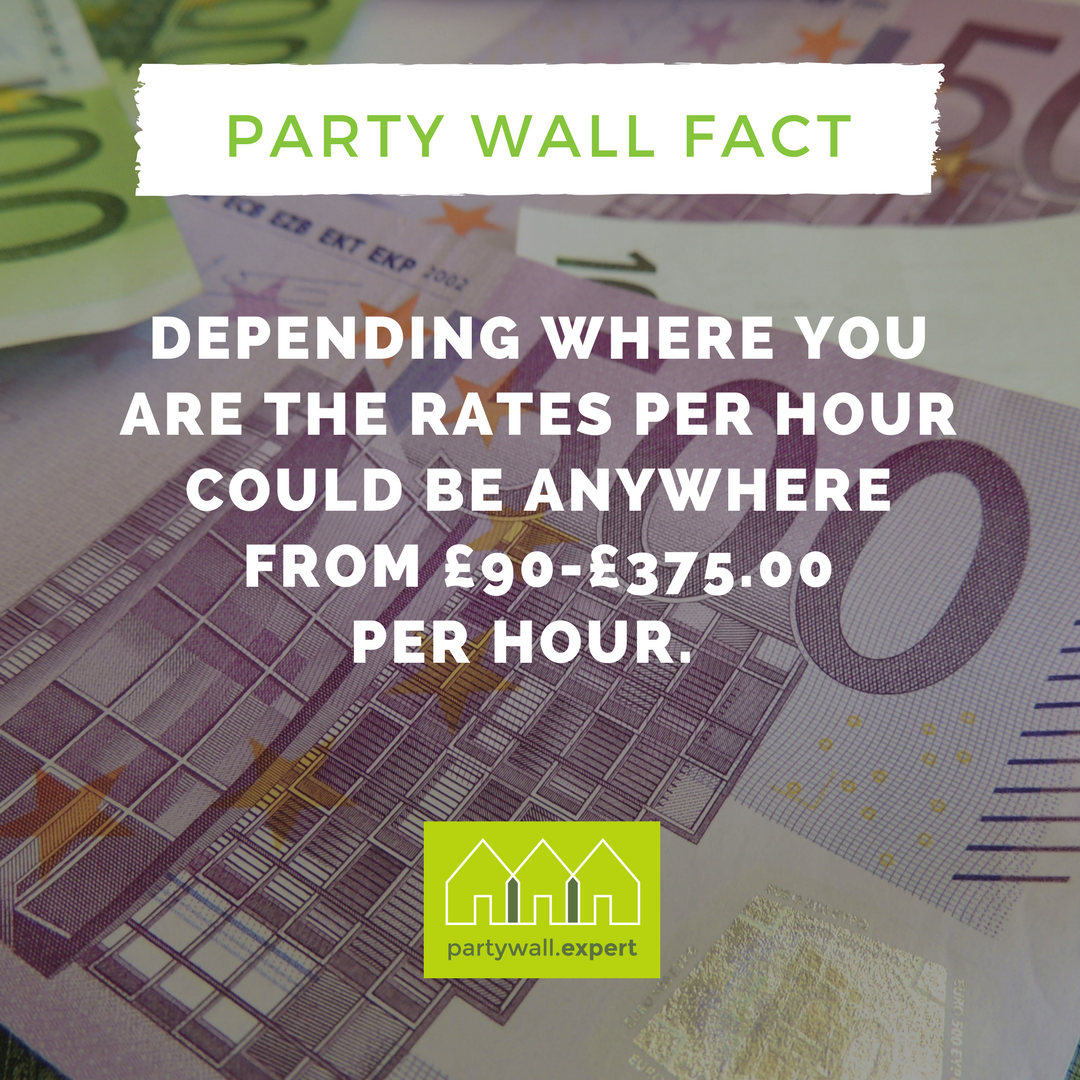 This is actually a Facebook post that I ran, but it is absolutely true. These are the rates of party wall surveyors you can expect to pay whether they be in Cheshire or in London. The higher rates are generally in London where you would expect, as we all know the capital is far more expensive to live than most places in the UK.
The most experienced and recognised surveyors in London charge the upper end and I have no problem with this as they will, due to their experience, generally take less time to complete matters. I would say that the majority of the surveyors I deal with in London charge between £120-200/hour.
There are unfortunately a few surveyors who have a top end hourly rate and who are obstructive, condescending and generally unpleasant to deal with. What's more, they are generally known throughout most the industry for their behaviour. It seems they go out of their way to make the whole process longer than necessary, argue ridiculous points and concern themselves with non-statutory matters under the Act. Sometimes, it appears that this is borne out of their yearning to be a lawyer rather than a surveyor and they confuse the two significantly different jobs.
The best way to deal with this I find, is to quickly refer matters to the third surveyor. Whilst this incurs additional costs for one party or both parties, it is the quickest and most cost effective way when dealing with a surveyor who is happy to run up his/her fees whilst refusing to progress matters as they should.
Where possible, it is always safer to try and obtain a fixed cost for the work if you are a building owner. Sometimes this is not possible if the work is less than straightforward. The adjoining owner's surveyor will in most cases work on an hourly rate which the building owner is generally responsible for at the end, so unfortunately, when you come across a surveyor who is obstructive, you know from the start that his costs will almost certainly be higher than they should be and the surveyors will either then have to agree some middle ground or refer the matter to the third surveyor.
Tagged as: fixed costs, high party wall surveyors fees, party wall surveyors fees
Share this post: